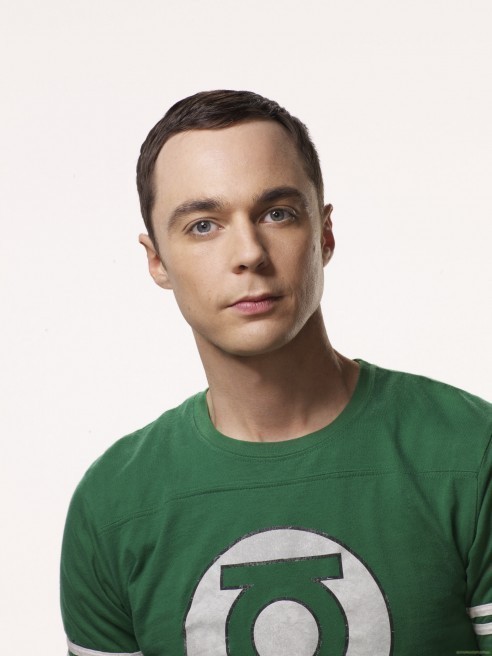 Sheldon Cooper needs a remedy. Which one?

If you have never watched The Big Bang Theory, you are missing a lot of good laughs.  There’s nothing like a bunch of nerds making fun of each other.  It is on CBS on Thursday evenings and on TBS in reruns 3 or 4 nights a week.

However, if you have watched it, you are familiar with the narcissistic, manipulative, arrogant, controlling, brilliant physicist, Dr. Sheldon Cooper, played by Jim Parsons.  If there was ever a character that was completely void of any ability to look at things from another person’s perspective, he is that character.

Some of his other characteristics include being way too direct, having a photographic memory, fear of germs, neat freak, zero social skills, preferring his own company to that of others, and LOVING and REQUIRING structure.  He has no tolerance for ambiguity in his day to day life.

Science is his religion, as his mother was very religious.  However, he has rejected her religious viewpoints and instead, has made science his religion.  What is very interesting about him is that he is a theoretical physicist.  One would think that someone who likes predictability as much as this character would not be comfortable in the realm of theory.  But because religion is always more ambiguous than day to day life, he is comfortable with this.  And also theorizing is one of his symptoms—not just in his job, but in his day to day existence.  He uses theories and logic to get along in life where most people know instinctively what to say and do and how to understand a social situation.

The real key to figuring out Sheldon is to figure out what it was like to be living in that house hold as a child.  His super religious mother is also his “kryptonite”.  He will do anything that she tells him.  I get the sense that she smothered him, but not in a loving, I’m-worried-you’ll-hurt-yourself sort of way.  It seemed more like Your-salvation-is-in-question-if-you-don’t-follow-the-rules type of smothering.  Sometimes we use the mother’s state to find a remedy for the child.  In his case, he is very child-like and hasn’t separated from his mother as he ought, so even though he is an adult, we can still use his mother’s symptoms.

To read more about the whole story of his character, click here:  http://en.wikipedia.org/wiki/Sheldon_Cooper

In trying to come up with a remedy for him, there are so many symptoms, it is difficult to know where to start.  His chief complaint would be his rigidity and his difficulty assimilating socially into any group.  Some people would say he has Asberger’s although his creator says that was not part of the creation process.  But he is narcissistic, which causes his social problems.  Too absorbed in himself, not interested enough in others.

His Intelligence and theorizing is one symptom.  Another is his being too religious—his mother with what is normally considered religion and his own religion that is science.  His self-indulgent narcissism is another.  His OCD, fear of germs is his fourth symptom.  His arrogance is his fifth and is lack of interest in any sort of sexuality is the last one I would examine.

Two remedies come to mind with these symptoms:  Sulphur and Arsenicum. First, they are both minerals, which are about trying to find their place in the world, which he is.  They both cover most of his symptoms.  Intelligence is not normally seen as a hallmark of Arsenicum, although they can certainly be intelligent.  They both have the ability to theorize about everything.  The rest of the symptoms really cover both of them.  Sulphur can be very social, or be very anti-social.  Arsenicum doesn’t really have an axis of being social or not social.  They tend to be more manipulative than Sulphur.  It is usually about making sure they are safe, however. Although Arsenicum is can have concern about salvation, it is usually in line with their fears about the environment in general.  Sulphur is well known for also being religious. There are other religious remedies as well, but many tend to be chilly. While Sheldon is manipulative, it is because he wants his own way.  The childish side of him (also covered by Sulphur) is fed by that, and he uses his intellectual powers of logic to do that.  (Frankly, I wouldn’t put up with him.)  Sheldon is an attention seeker, so that people can see how smart he is.  That is a Sulphur symptom.  Finally, he also broke down and started hoarding cats after one particularly emotionally traumatizing incident.  Sulphur loves cats.

It seems like Sulphur is the answer for Sheldon, however, Sulphur tends to be much messier than Sheldon’s character is.  But you can always see the opposite symptom in any remedy state.  Also, we don’t know if he is warm or cold.  If he is warm, I’d give him Sulphur, or a Sulphur salt.  It is hard to tell which one he might need, but it could be Cuprum Sulphuricum or Kali Sulphuricum.  If, however, he is cold all the time, he may, indeed, need Arsenicum or an Arsenicum Salt.  Once again, I would consider Cuprum Arsenicosum or Kali Arsenicosum.

Interestingly, Homeopathy is of more interest and plausible to physicists than it is to Chemists or Biologists.  Some people have suggested that Homeopathy can be explained by String Theory.  So I wouldn’t be surprised to find an upcoming episode some which incorporates a discussion of Homeopathy.

Do you know anyone who is Sheldon-Like?  That is narcissistic, controlling, intelligent, with poor social skills?  He or she might not need Sulphur, but such people can definitely be helped with Homeopathy.

PS, My apologies to anyone who is offended by the comments about religion.  I am merely observing, not judging.