Is Homeopathy Okay for Alcoholics?

Last week’s blog, Is Homeopathy Okay for Vegans? caused this question to be asked by one of the readers of this blog. As promised, she will receive a free remedy in the mail, and also as promised, I wrote this blog post. 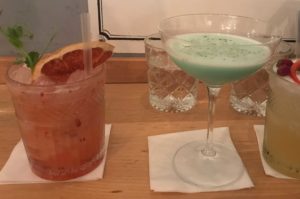 Every remedy you take has some alcohol in it.

Yes, that is true.

The last step of potentization of a remedy occurs in approximately 95% alcohol rather than water because when the potentized remedy is added to the pellets, the pellets will melt if it isn’t a high percentage of alcohol. Remember from the last blog, the pellets are either sucrose, lactose or a combination of both. Sugar dissolves in water.

However, by the time you take the remedy, the alcohol has evaporated from the pellets and all that remains is the energy of the remedy.

A freshly made remedy bottle drying out in a safe space.

If you are a client of mine, you may have noticed an alcohol smell from time to time when you opened the 1 dram bottle of remedy. This is because, as a practitioner, I purchase pellets with no medication and I purchase remedies in “medicating potency”, meaning liquid form that has a high alcohol content. I then add the drops to the pellets in the bottle. If you are concerned about the alcohol on the pellets, unscrew the cap and leave it open in a safe place away from the cat and the kids for a few hours. It will evaporate.

Remedies can also be purchased in liquid form in stores and they have about 15% alcohol as a preservative. You would take drops orally from the bottle straight to your mouth. One can’t really avoid the alcohol this way, so I don’t recommend you take them if this is a concern for you.

The most important thing for you to remember about remedies in general is how absolutely small a dose is needed for a homeopathic remedy to have an impact. Two drops are all that is needed in a bottle of a remedy.

What About LM Remedies?

LM Remedies were one of the last discoveries/creations of Dr. Hahnemann before he died. He wrote about them in the 6th Edition of The Organon, which is like the bible of homeopathy. The 6th Edition wasn’t published for more than a century after his death. The idea of using pellets was pretty engrained and the use of LM’s took some experimenting to see exactly the best way to make it work.

LM refers to the 50th Centessimal (thus, LM). What all that means is unimportant. The most important thing is that it is taken as a liquid remedy and once again, it is preserved in about 15% alcohol. However, the process for taking LM’s is that you take up to 7 drops daily, mixed into ½ cup water. Once the remedy and water are stirred vigorously for 15- 20 seconds, you take one spoonful of the water, swish it in your mouth and swallow it. The amount of alcohol that is in a dose of an LM remedy is miniscule. As a substance, it is unlikely to have an impact on your body. However, it still has a taste of alcohol, so if that is problematic for the alcoholic, then the LM stock bottle from the pharmacy can be made without the alcohol, you just have to request that.

What kind of Alcohol is used in Homeopathic Remedies?

Grain Alcohol or Vodka. Bach Flowers, some of which are potentized, are always preserved with brandy.

Can Homeopathy Help Someone Who has An Alcohol or Drug Addiction? 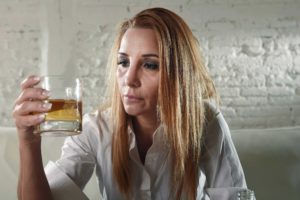 Homeopathy helps on the mental, emotional and physical planes. Most people who are addicts are self medicating to get over a trauma (forget or ignore something) or a feeling that there is something wrong with them or a repetitive negative feeling that pops up from time to time for seemingly no reason at all.

All people get trapped in their minds in ways that we cannot understand. This is true with all people; we all have delusions that affect our world view. Some of the solutions to these delusions are more self-destructive than others. This is especially true with people who have addictions, as they see taking a drink or a drug as the way out of the trap. These are all delusions that can be overcome with a remedy that matches the delusions that the person has and are causing problems for him or her.

There are also the opioid addictions which come from having an injury or chronic pain and becoming addicted to the highly addictive opioid drugs. The Opioid receptors are craving the drugs.  These types of addictions are a little trickier.  It is best to seek homeopathy for the pain BEFORE needing the opioids.

Not only is homeopathy okay for alcoholics, it could help them get sober and stay sober. It would be the best thing someone with this problem could do! Watch for the few things I mentioned above, and homeopathy will cause no problems for alcoholics and drug addicts.

If you or someone you love has an addiction problem, contact Kathryn at 651-748-1556, or click here to schedule an appointment.