PTSD & Migraines: Homeopathy to the Rescue

Many years ago I had a client who had migraines.  Really bad migraines.  Several times a week.  It really interfered with her family life.

She had tried a number of things:  Supplements, detoxing, changing her cleaning supplies.  It all helped a little. 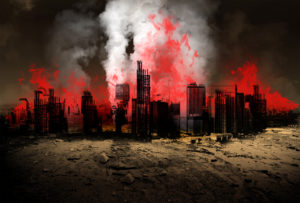 She decided to try homeopathy to eliminate the migraines.

When we began the intake, I asked her why she thought she had the chronic migraines.  She seemed to hesitate a bit and said she thought it was her birth story.  This is exactly the type of symptom that homeopathy works with.  An unusual birth story can cause countless symptoms and if the person seeking care can share that story that is a huge step forward in getting the correct remedy.  She seemed relieved when I believed her.  Her doctor had not given it much credence.

Her story was that she was born in the middle of a natural disaster.  It was a situation where her life could have ended at any time.  She was as likely to die as she was to survive at that moment.

Near death experiences are often the cause of PTSD.  Although my client wasn’t diagnosed with PTSD, she clearly was affected the way someone with PTSD would be affected by a near death incident.  Of course, there was not any pre-event situation with which to compare her current state.  But clearly, she carried with her the fear that at any moment she could die.  She didn’t talk about flashbacks or anything like that.  She was too young when the incident occurred to experience that.

The remedy I gave her was Aconite, which I have mentioned before in a video.  It is a remedy that carries with them the delusion that they are going to die NOW!  We started with a low potency, which lowered her migraines to just a couple per week, and the ones she did have weren’t very bad.  After a few weeks on that potency we went up to a higher potency, which enabled us to get more to the core of the issue.  Eventually, she didn’t experience migraines anymore.

In addition to the migraines going away, she also started being able to handle the life of a mom more effectively.  She didn’t get migraines when there was a change in schedule or other excitement that used to bring them on.  She was better able to handle the daily stresses that life threw at her.

If you are struggling with PTSD and Migraines, click on the Book Now button and schedule a complimentary consult or an initial consult to get started living headache and anxiety free!

If you have PTSD and would like to share your experiences with others who want to heal their PTSD naturally, please join our Facebook Group:  https://www.facebook.com/groups/532943957215155/