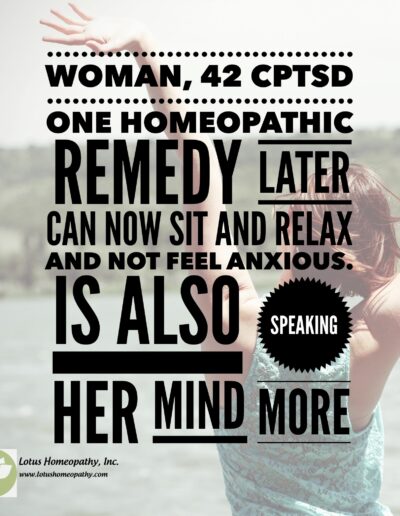 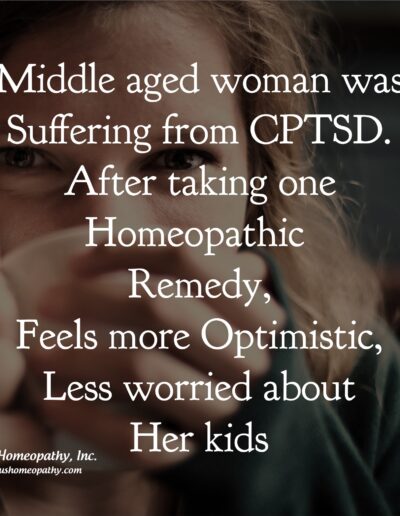 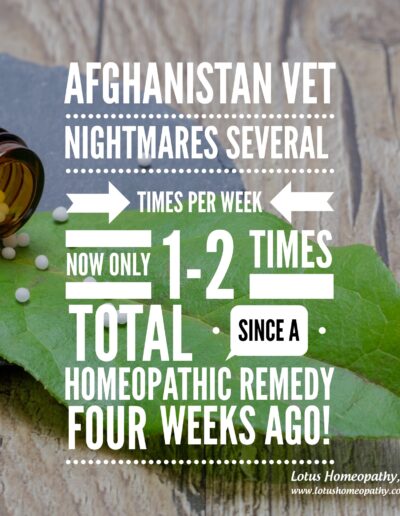 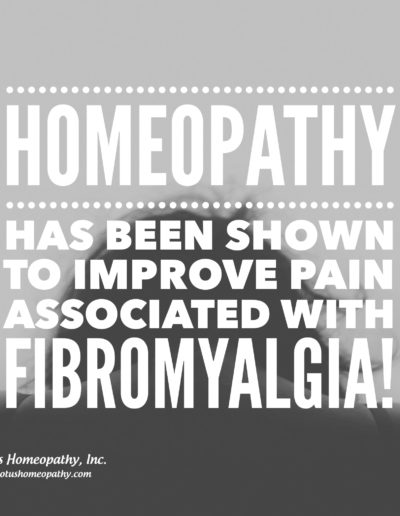 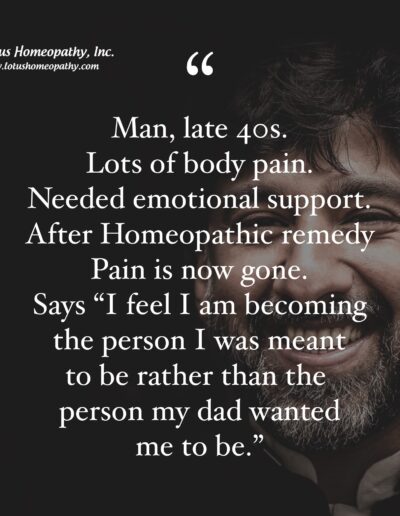 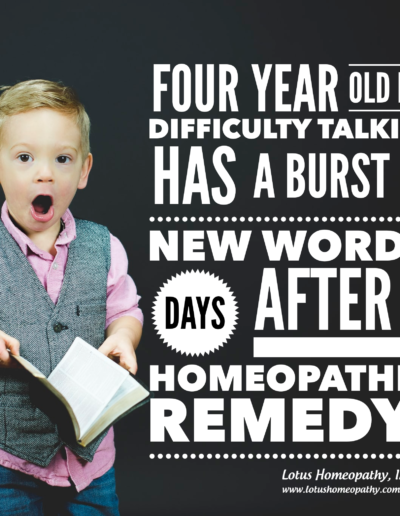 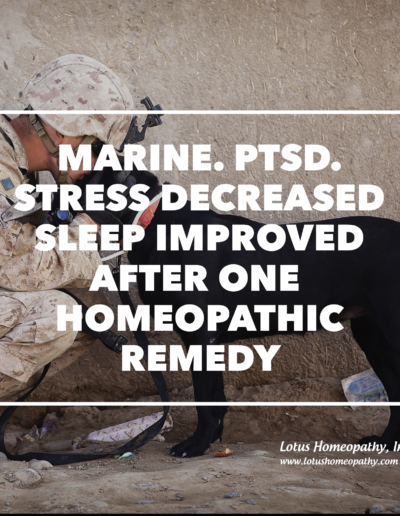 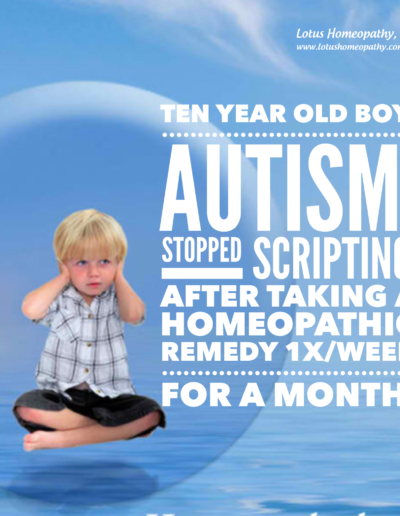 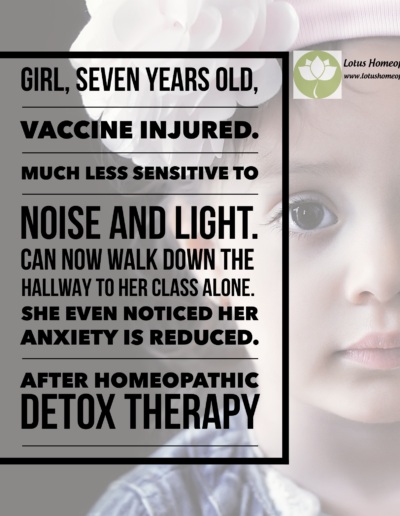 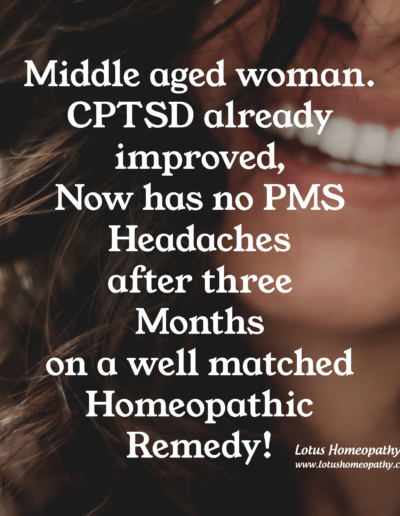 The following are just a few stories of success my clients have experienced with homeopathy. When you get done reading the success stories, click on the Book Now button and schedule your appointment.

I was a skeptic, but recently fell on the ice, landing hard on my knee. I had a sample of Arnica from Kathryn so took a dose, figuring there was nothing to lose. The results were amazing! Normally I would have been stiff and sore with a good-sized bruise. Instead, I felt great with hardly a noticeable bruise. Homeopathy really works!
Ruth P. Mendota Heights, MN

Homeopathy and Fear of Bugs

I wanted to tell you about how my son has reacted to the latest remedy. Remember how I had said he was so afraid of insects and I wasn’t sure where that had come from. Well the very next day after giving him the remedy you recommended he went out and picked up the pretend bugs no problem. Talk about amazing, just the entire past week he wouldn’t touch them and would freak out if I tried to put one near him! Also, his cough is all but gone at this point. He still has a few episodes but it is really clearing up. Thank you!

Note from Kathryn: When the right remedy is selected, not only does the chief complaint get better, other things get better as well. In this case, his cough also happened to cover the symptom fear of bugs. This is why calling when someone has an acute illness is so important.

I just wanted to thank you for answering my calls last week. I don’t believe I ever suffered so mildly thru the flu before or recovered so quickly. From what I’ve been hearing it’s been a rough bug for a lot of people and it takes a long time to get through. I was back at work on Monday with energy to spare. (She called me on a Friday.)

Often Mothers and Nursing Babies need the same remedy. I first met Kathryn when our children were in ECFE together. I told her of my history of getting thrush and mastitis when trying to nurse my babies. The result was that I ended up having to 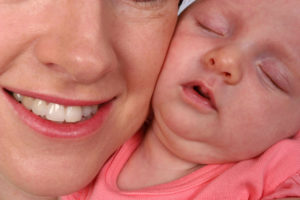 discontinue nursing and put the babies on formula. I asked Kathryn if homeopathy could help with that. She said it could. Shortly before my third baby was born, Kathryn and I talked and she recorded the symptoms I had earlier. She wanted to make certain that she had those remedies on hand, so that if thrush or a breast infection came up, she would be prepared. Right on schedule, the thrush appeared. It was painful and affected both me and my son. Instead of the anti-fungal medication Nystatin I had taken with a previous pregnancy, I took a remedy that Kathryn prescribed. The thrush went away within a few days. It worked much better than the drugs and I felt safer taking it. A few months later the mastitis reappeared. When I had it with my previous baby, it was so bad I was on IV antibiotics and I had to quit nursing my baby. I called Kathryn right away. The symptoms of a breast infection are different than thrush, so of course, she recommended a different remedy. When she recommended the remedy, she also took into account my level of sensitivity and prescribed a potency appropriate for me. I took the remedy, as directed and I was better almost immediately. I never got as sick as I did with my second child. I did not have to take antibiotics and I am still nursing my 10 month old baby.

Kathryn’s Comments:
Some people ask if homeopathy is safe to use if you are nursing a baby. Interestingly, often a nursing baby needs the same remedy as its mother. So not only does the mother get better, but the baby does too. In the case above, the baby had the thrush in his mouth, and typically the baby and the mother pass it back and forth. By treating the baby, the mother not only gets better, but doesn’t get worse again by the baby passing the infection back to the mother while nursing.

I started my period when I was 10 years old. I hated it. No one else had started then. From the beginning I had problems with my period and ovulation. When I was ovulating, my stomach would hurt. I would have cramps and feel nauseous. I wouldn’t throw up, though. My period was much worse if I was moving around, so when I got my period, I wouldn’t go to school. I would lay in bed all day. If I stood up, I would get a head rush and black out.

In addition to having problems with my period and ovulation, I also had frequent headaches on my forehead. I would wake up with them a couple of times a week. Sometimes I would take Tylenol for the headaches. If I let them go away on their own they would last a couple of hours.
I really didn’t try anything other than homeopathy for my symptoms. It just didn’t seem like an option we wanted to pursue. After a couple of doses of my remedy, I hardly notice ovulation and my period surprised me. I wasn’t expecting it because I didn’t have physical symptoms prior to it like I normally do. My headaches also went away.

In addition to having my period be more tolerable, I also started getting along better with my dad. I was able to think whatever more easily instead of getting all worked up over his lectures.

Homeopathy for the Entire Family

I can’t tell you how grateful I am for all your help, support and follow-up for [my daughter]. I really don’t like imagining life without homeopathy and thank heavens I don’t have too!!! Both girls are doing really well. 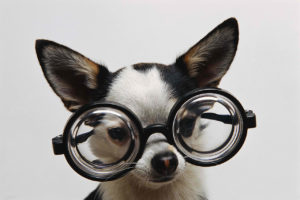 It only took a few days to realize that there was something not right about our 12 week old puppy, Mica. She ate well, she was housebreaking well, she was loving & very friendly with the family, but she was also painfully shy & afraid of loud or unusual sounds. Even someone raising their voice only slightly would send her off into hiding. She was afraid of new people also, particularly children. At the same time she was always glued to my side, never went out of my sight & tried everything she could to be as obedient as possible. The vet checked her & said there was nothing wrong with her physically. After several weeks of no improvement despite our efforts & patience, I called Kathryn. She came over to meet Mica & take her history. There were several possible remedies for Mica. The first one helped her fear of loud noises like thunder & firecrackers, but didn’t address the rest of her symptoms. The second remedy was the charm. After having given her just 2 or 3 doses of her remedy, she started to become a different dog.

She is now very loving & happy, no longer fearful of unknown adults or most children. She is no longer fearful of most loud or strange noises, although she is a great watchdog & let’s us know when someone comes to the door. What an improvement over her hiding under the chair in the bedroom whenever anything happened in the house. She explores the fenced yard on her own & will go for rides. She even tolerates the groomer!
We are so happy Kathryn & homeopathy helped with our Mica.
Sandy K., Oakdale, MN