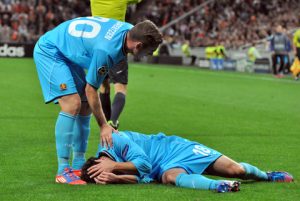 Have you noticed how head injuries are finally getting the notice and attention they deserve?  They are very serious and can result in life changing effects, for both the person who got the injury and their family. Homeopathy can help head injuries!

Some of the effects of a head injury are often not noticeable or aren’t attributed to the head injury.  Sometimes there is permanent damage to the brain, other times it heals on its own.

On March 22, 2011, the Minneapolis Star Tribune carried a story about a man who went on a killing rampage.  Just weeks before, he had been hospitalized for five days due to a brain injury. His brain had been swollen. His family members attributed the drastic change in behavior to his having been hit in the head.

Athletes, whether professional or amateur, are prime candidates for injuries. Just this fall there were four concussions in one week in the NFL.  Former NFL player, Dave Duerson committed suicide but not before he officially donated his brain to the NFL Brain Bank for research on concussions in football. http://www.huffingtonpost.com/2011/03/23/dave-duerson-autopsy-repo_n_839629.html?utm_source=Triggermail&utm_medium=email&utm_term=Daily+Brief&utm_campaign=daily_brief Kurt Warner quit playing football because of multiple concussions (lets admit it, he was also getting old). 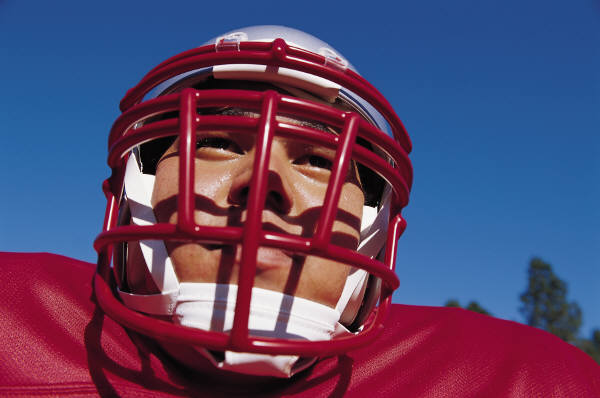 MN Twins player Justin Morneau recently came back from missing most of last season due to a concussion. Female athletes are more likely to suffer long term effects of a concussion because they tend to minimize their injuries.  This is commonly believed to be due to the fact that they don’t want to be seen as week.

My friend and chiropractor, Dan Barrett, showed me an article many years ago about a study done on soccer players.  MRI’s showed that players who headed the ball with the top of their head had more negative effects to the brain than those who headed the ball with the front part of their head and forehead.  Although heading the ball as a single event is generally not traumatic enough to cause a problem, there is a cumulative effect from heading that should not be ignored.

What Does All This Have To Do With Homeopathy?

Homeopathy has had many solutions to head and brain injuries since the time of Dr. Samuel Hahnemann, the man who founded the principals of homeopathy in the 1800’s.

Let’s start with the most obvious remedy, that you can and SHOULD administer on your own.  Arnica Montana.  Arnica is a mountain daisy, related to the daisies you may have growing in your own yard.  Arnica has been used in folk medicine for centuries.  It’s healing properties were first discovered when astute herbalists noticed that the sheep and goats that live in the mountains would eat it after fighting or falling down on the rocks.  It is a premier remedy for trauma.  Hahnemann turned it into a homeopathic remedy.

If my children are doing a lot of heading in a soccer game or at practice, I have them take a dose or two of Arnica 30C afterwards, just to prevent that cumulative effect I mentioned earlier. But a serious injury requires a stronger dose of Arnica–200C or 1M or even more.  If all you can locate is 30C, give it every 10 minutes in case of a serious injury, until you notice some improvement, or until you can locate some stronger Arnica.  One thing to be aware of:  One of the symptoms of Arnica is that the person who needs it may insist they are fine and they do NOT need anything.

If you need some high potency Arnica to have on hand just in case (highly recommended), click here to order. OR, use this QR code.

What Happens After Arnica?

Or what if you didn’t know about homeopathy at the time of the injury?  What does homeopathy have to offer those people?

Arnica may help, it may not.  However, this is not the time to experiment on your own.  If you or someone you know has had a brain injury, this is the time to get professional help from a trained homeopath.

Homeopathy has 50 remedies, including Arnica, that have clinical evidence of helping head and brain injuries. The following are some of the more well known and readily available remedies. 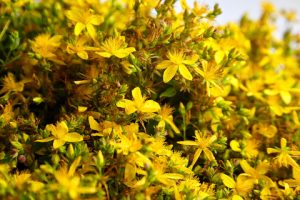 There are many, many more remedies that can be used for head and brain injuries.  Start with Arnica if the injury is new.  If not, schedule a complementary consult to get on the path to healing. Homeopathy can help head injuries, but you might need some help.

If you are an athlete and would like to know what to do with your injuries, join our Facebook Group Get Back In The Game Faster:  Healing Athletic Injuries Naturally!

If you have an injury that you have had for a long time, schedule a complementary consult and see if homeopathy can help you!