Now that the world is starting to open up again, more people are resuming travel.  Just because other things have changed, any digestive issues that tend to crop up for you while traveling will likely still be there. 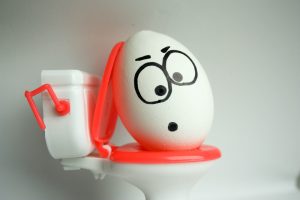 Lets start with the worst problem first—diarrhea and vomiting. Nothing ruins a vacation worse than traveler’s diarrhea.  Generally, this is due to eating contaminated food or drinking water that isn’t as pure as you are used to. But it can also come about from amusement park rides or going on a boat to whale watch or diving.

Aloe Socortrina 30c.  This remedy is known for having lots of mucus and undigested food in the stool. It is generally painless diarrhea. Other diarrhea symptoms include, sputtering, shooting out stool.  It could be watery, yellow, lumpy, greenish.  Keep the Mucus in mind as the keynote for Aloe in traveler’s diarrhea. There may be some anxiety while passing stool or just concern about health in general. Better from open air.

Arsenicum Album 30c.  One of the strongest keynotes of Arsenicum is chilliness.  If you have nausea and are extremely chilly, start with Arsenicum.  Other symptoms of Arsenicum include anxiety, desiring company, worse closer to midnight.

Carbo Veg 30c.  The keynote of this remedy is that you are better from being fanned.  So if you feel sick and you want a fan on, consider Carbo Veg.  Like Arsenicum, they are also chilly.  This remedy can be for Diarrhea or for Nausea from sea sickness.

Cocculus Indicus 30c.  Cocculus is a motion sickness remedy.  I like to call it the “Minnesota State Fair” remedy.  I recommend taking it before you start out on any rides.

For further suggestions, and information on how to dose for Diarrhea & Vomiting, read this blog post.

For further suggestions on Motion Sickness, read this blog post.

Probably more common, but less discussed, is traveler’s constipation.  Even people who are never constipated on a day to day basis find themselves struggling and straining while traveling. There are definitely foods that can be consumed to help the system work again, the most common being coffee or a mocha.  It is also wise to eat a lot of fiber in the forms of fruits and vegetables while traveling.  Staying hydrated is also crucial.

But for some people, all of that can be of no help. Homeopathy to the rescue! 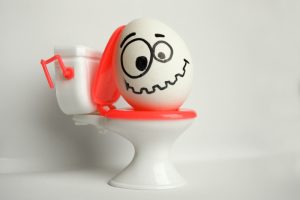 Alumina 30c.  It isn’t a surprise that this remedy would be helpful; one of the mental symptoms of Alumina is Confusion of the Mind Due to the Surroundings.  There is a lot of confusion and anxiety found in the remedy Alumina.  Also prominent in the symptom picture is dryness.  In fact, it is one of only a handful of symptoms where the stool is so dry that it must be removed mechanically.  This is not a required symptom to take Alumina, however.

Calcarea Carbonicum 30c. This is one of the most common chronic constipation remedies, so no surprise it shows up here.  But most importantly, there is a lot of anxiety around the home and feeling safe at home and protecting the home, all of which are absent while traveling.  People who need Calc Carb are generally also sweaty.

Ignatia 30c.  Ignatia is well known for grief, so feeling a little homesick would be an indicator of needing Ignatia for traveler’s constipation. Even if you don’t have constipation, it would be useful if you or your companions are feeling like they miss home.

Natrum Muriaticum 30c. This is a classic remedy for constipation while at the seaside.  Natrum Muriaticum is made from Sodium Chloride, so anything to do with salt water will be ameliorated by Nat-Mur.  It is also a remedy for seasickness, interestingly.

Nux Vomica 30c.  Nux is a remedy for overstimulation, which definitely happens while we travel.  Too much sight seeing, too much food, too much to drink, too many strange foods, etc.  Just too much.  The person who needs this remedy will likely be pretty irritable, and probably having a difficult time sleeping.

Sepia 30c.  This is a key remedy for constipation while away from home. You may find a complete lack of urging if you need Sepia.  The stools may be really large as well.  This may be indicated if you are on a vacation with your kids and keeping them all corralled and happy is extremely stressful for you. If you are traveling and you are having your period, consider this as well.

Silica 30c. People who need this remedy would be looking for lots of support while they are traveling.  Perhaps whining about not getting what they want to eat, not getting information from the tour guide, etc.

There is a reason that laxative manufacturers recommend taking their products at night.  The same is true with homeopathy.

I hope this blog post helps you have a more fun and relaxing vacation.  If you have chronic problems with diarrhea or constipation, click here to schedule a complementary consult to see if homeopathy can help you!