Is Homeopathy Okay For Vegans? 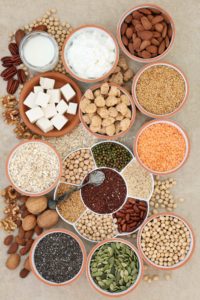 People have all kinds of reasons for hesitating on trying a modality in the Natural Health arena. Is it effective? How long will it take to get better? How much does it cost? Does insurance cover it?

Recently I was asked if homeopathy was okay for vegans to use. It is a more complex question than you can probably imagine.

But the devil is in the details, and so a further explanation can help flesh out the whole story.

Why Are You Eating a Vegan Diet?

The answers to this question of whether homeopathy is okay for Vegans depends on your reason for making the decision to eat a Vegan Diet. People choose to eat Vegan diets for a variety of reasons. One is that they feel it will be better for their health. There is a major study, the China Study, that suggests that this is true.

Another reason people choose to eat only plant products is to prevent the exploitation of animals. Indeed, the Vegan Society believes that it is one of the most visible ways you can take a stand against animal cruelty.

Concern about the impact of animals on the environment is a third reason for going Vegan. The amount of land needed to produce the grain needed for meat production means that deforestation is increased, as well as habitat loss and extinction of species that need those habitats and forests.

From What Are The Pellets Made? 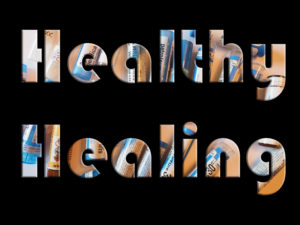 The pellets that you take are used as a tool to get the remedy into the body easily. The pellet itself is not the remedy. The remedy is on the outside of the pellet.

Since the time of Samuel Hahnemann, the founder of the principals of homeopathy, homeopaths have used lactose as a method to transport the remedies to the patient. They haven’t always been pellets. They started out as powder. But in recent times, as people have developed and/or recognized a sensitivity to dairy, homeopathic pharmacies have transitioned from using pellets made of lactose, which is milk sugar, to using sucrose, which is plant sugar, generally sugar cane in the case of remedies. (Fructose is sugar from fruit in particular.)

I began to research this several years ago when a young client was so sensitive to dairy that the tiny remedy pellets would cause undesired physical responses. As a result of this research, I found this to be true:

The remedies from Boiron, the blue tubes you find in the store, are placed on pellets that are a combination of sucrose and lactose.

Remedies from Helios, the company that makes the remedy kits I have recommended to my clients are made from 100% sucrose pellets.

Remedies from the kits from Washington Homeopathic Products are 80% Sucrose and 20% lactose.

The pellets from the current pharmacies utilized by Lotus Homeopathy are mostly 100% organic sugar cane. Some of the pellets we have are from pharmacies we don’t utilize anymore, or only as needed. Those likely have lactose or lactose/sucrose blend pellets.

Of course, the pellets are part of the end product. While making the remedy, especially the 1C to 3C or perhaps higher, trituration may use lactose, but when the product is finished, the potentized remedy is completed in water and then the last step in 96% alcohol, so there may be lactose utilized in the potentization process, but that information is less readily available, and really isn’t necessarily relevant either, as by the time you get to a 12C, there are no more molecules of any of it left anyway.

It is always an option to just keep the remedy in your mouth for a few seconds and spit the pellet into the trash.  Since the medicine is on the outside of the pellet, it is absorbed almost immediately upon the pellet touching the tongue.

What Does This Mean to Vegans?

In the final product, the quantity of lactose is very small, if it is present at all. If you are concerned about the impact of animal sourced foods on your health, the effect would be negligible, unless you are hyper sensitive, as in the example above. But that would not have a long-term effect on your health. The effect of the lactose would be very small. The alternative of using pharmaceuticals to manage symptoms may actually involve more lactose as it is widely used as a filler or filler-binder in pharmaceutical tablets and capsules, because it has compressibility properties.

If you are a vegan because of your concern for animals and the environment, it appears that the option of western medicine would have more of an impact. In addition, the environmental impact of manufacturing pharmaceuticals is astounding. That would be an entirely different blog post. Homeopathy is VERY green medicine. Only a small amount of the plants, minerals and animals are used, there is little to no by products of manufacture, and the doses are generally small and infrequent.

Animals? Did You Say That Remedies Are Made From ANIMALS? 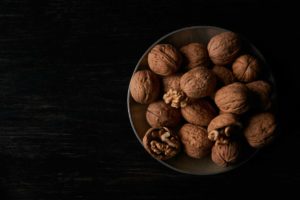 Homeopathic remedies are made from Plants, Minerals and Animals. But let’s focus on the remedies from Animals.

Remedies from animals have a common theme that life is all about survival. There are many people that feel this way, vegan or not. These remedies are crucial to healing. People have little to no control over what remedy they need. Sometimes it’s nature, sometimes it’s nurture that determines the remedy state. Usually it’s a combination of both.

If you need an animal remedy made from milk, there is very little milk utilized in the remedies. One tablespoon of milk could heal thousands of people. Not all mammals are raised for milk. In fact, most of them are not. If you are considering the impact of the environment or the respect for animals, or you are avoiding animal sources of food, the milk remedies are perfectly acceptable. Some of the mammals are so small that they can’t be milked, for example rats and mice. The blood is used instead. That may involve the death of an animal. Sometimes that is appropriate. Rats, for example, live their lives fearing that death is around the corner, so it is appropriate to have the animal die suddenly so it is in the state that the person who needs it would be in a good portion of their lives as well. (If you would like to know the mental/emotional homeopathic picture of Ratus ratus, homeopathic rat, read Charlotte’s web and pay attention to Templeton. That is the type of person who needs that remedy.) The way people feel about the animals is an important part of the remedy picture. Fur could also be used in mammal remedies, as it is also a distinctive part of the animal.

Some of the animal remedies come from insects. I’m sorry to say that they do not survive the process. But in reality, more insects, such as mosquitoes, butterflies, moths and other bugs are killed by cars driving than they by homeopaths making remedies out of them. Somehow, people feel sad about the butterflies, but don’t care about the spiders. That’s part of the remedy picture.

Some remedies come from Birds. In that case, the feathers or eggs are often used. With the feathers, there is an attempt to secure a feather that naturally drops to the ground, provided it hasn’t been there for too long. Both feathers and eggs are unique to birds, so using them as remedy sources is appropriate.

Animals from the sea don’t likely survive the process either due to the difficulty in securing the substance to make the remedy, although it isn’t out of the question that they could.

The bottom line with animal remedies is that some survive the potentization process. Some do not. But great quantities of animals are not dying at the hands of homeopathic pharmacists. By the time the remedy has been potentized to a 12 C or a 30x it is only energy, so you are not consuming any animal products by taking remedies. It may be of some comfort to add that remedies are NOT tested on animals. They are tested on willing human volunteers through a process called Provings.

Homeopathy is, by everything I can tell as an experienced homeopath, not only a good option, but an excellent one, in line with the values of vegans everywhere.