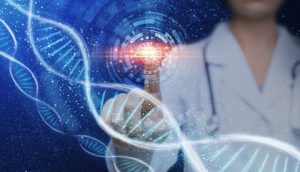 There are all sorts of surprising things that homeopathy can help with that an earlier blog post revealed.  But can homeopathy actually reverse epigenetic changes?  The evidence suggests this is so.

Before we get into the evidence of this, lets talk briefly about what we are referring to when we speak of Epigenetics.

What Do We Mean By Epigenetics?

In other words, we have a genetic code with which we are born. Epigenetics doesn’t refer to changing the primary sequences, but it can change how they are expressed. Anyone who has ever taken one of the increasingly popular DNA tests available knows that just because you carry a particular gene doesn’t mean you will actually express that genetic tendency.

One example that is in the news lately is the epigenetics of trauma and how it can be passed from one person to another.

Another example: just because you carry the APOE4 gene doesn’t mean you are doomed to develop Alzheimers. Even if you carry the HLA-B27 gene does not mean you will suffer from Ankylosing Spondylitis.

Mechanisms for Epigenetic changes include the following:

Any one of these mechanisms can activate or suppress gene expression. Even in identical twins, epigenetic differences can accumulate over time, according to Harvard Medical School. For example, developing a chronic disease before puberty versus after puberty in identical twins can have vastly differing effects.

In an animal world example, the only difference between queen bees and worker bees, which are genetically identical, is the diet. The diet of the worker bees makes them unable to reproduce. 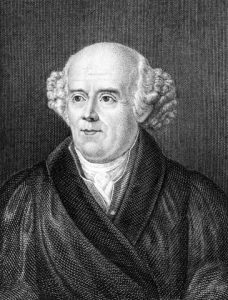 Dr. Samuel Hahnemann, the founder and developer of the principles of homeopathy, referred to epigenetics as Miasms. Miasmatic groups in homeopathy are generally related to types of dis-ease which leads to disease.  Miasmatic tendencies are passed from generation to generation.  Homeopathy has been interrupting those tendencies since it was developed.

These interruptions could be with miasmatic nosodes, such as Carcinosin or Medorrhinum.  They also could be transformed with a well chosen constitutional remedy.

But don’t believe me on my word.  Check out the research. BTW, these studies were conducted in petri dishes in laboratories.  Not in humans.  There is no placebo effect.

It is known and accepted that cancer cells manifest aberrant epigenetic gene expressions. Do a search on Duck Duck Go and you will get a number of hits with research to support this.

In one study, Condurango 30C appeared to trigger key epigenetic events of gene modulation in effectively combating cancer cells, which the placebo was unable to do. This appeared in research on cervical cancer cells as well as, in another study, lung cancer cells. 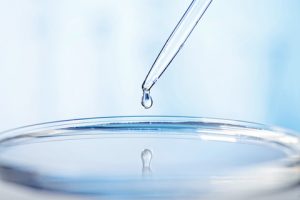 In another study, Condurango 30c and Hydrastis 30c were applied (separately) to an epigenetic model of HPV18 positive cell line. The results were that there were over 100 different expression patterns as a result of the treatment over placebo (succussed alcohol 30c). The conclusion that they drew was that the action of the potentized drugs was “more than placebo” and these ultra-highly diluted drugs acted primarily through modulation of gene expression.

In the following laboratory study, the use of sarcodes (homeopathic remedies made from healthy tissues) are used to detect whether homeopathic doses of sarcodes can moderate the genetic diseases of certain organs. They are specifically looking at Hahnemann’s statement that miasms are the main obstacle to cure.

Results:  Based on the study of homeopathic doctrine and epigenetics, a conceptual and functional correlation is observed between homeopathic miasms and disease-promoting epigenetic modifications.  Additionally, several experimental studies suggest that homeopathy’s mechanism of action may be by modulating gene expression.

This study used the sarcode made from DNA. The conclusion suggests that the isopathic (using the same substance, as opposed to homeopathic, which means similar) use of the DNA sarcode could be used as a homeopathic therapeutic modulator of gene expression for the management of chronic diseases.

It is hard to say exactly how to apply this research.  Certainly more needs to be conducted to identify the exact mechanism in actual humans rather than just human cells.  Do we need to use Sarcodes?  Does this work with constitutional homeopathy?

Please take comfort in knowing that there are options for reversing what seems to be irreversible dis-ease by using homeopathy.

If you would like to learn more about reversing your dis-ease, please schedule a complementary consult.