Which Homeopathic Remedies are Helpful for Military PTSD? 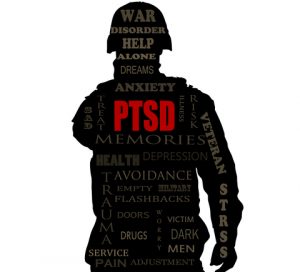 Do you, or someone you know, have PTSD as a result of military service? According to the US Department of Veteran’s Affairs, 11-20 out of every 100 vets experience Post Traumatic Stress Disorder. As with other dis-ease, not everyone experiences it in the same way. With homeopathy, how you experience it determines which remedy you need. Choosing the right remedy is crucial. Which homeopathic remedies are helpful for Military PTSD?

When you get the right one, you can recover from Military PTSD.

Through a preliminary study conducted by Lotus Homeopathy, Inc., it became obvious that there are certain categories of remedies that are needed.

This is especially useful when someone has been in a situation where they had a near death experience through an attack, for example.  The person involved also experiences some shock.  It could also be that it was perceived the person might die, even if in reality, there was never a chance of that happening.  You will find all over my writings on homeopathy that we are interested in the “delusion” that our clients have.  Homeopaths focus on delusions for all clients, not just PTSD clients.

The most common remedy in this Category is Aconite, which I have written about many times.  (Here and here also.) It includes shock and being convinced that the person needing it is going to die NOW.  Not sometime.  NOW.  This remedy could include a violent situation, but it wouldn’t have to.

However, there are 102 remedies that cover the delusion of “About To Die”. When you combine the symptoms of “About to Die” and “Shock”, you still end up with 21 remedies to sort through. How would you know which to choose?

One of the more common uses for Aconite is when someone has a car accident or is nearly in an accident.  Driving becomes problematic for such a person.  I remember a client I had who was telling me that the remedy she had wasn’t quite working anymore. I was about to end the appointment and work on coming up with a new one when she happened to mention she had nearly gotten hit by a semi-truck and driving was really difficult for her.  A high potency dose of Aconite took care of the problem and the remedy she had been taking began to work for her after about a month.

“Where Is the Escape Route?” 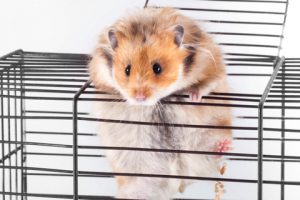 Many people are taught to look for an escape route as part of their training for a career, be in military or first responder, or something else. But for some people, this tendency to always find the exits in whatever room you are in continues, long after the need for it no longer exists.

Accompanying this remedy state is often the feeling of being trapped and could include some claustrophobia as well.

It isn’t just people who are in the military who feel the need to escape.  Civilians who have trauma, such as physical assault, also look for an escape route.

There are 183 remedies for Desire to Escape!  But there are certain remedy families that are more likely to reflect a trauma state.  Sometimes people want to escape for reasons other than trauma.

People who need remedies in this category are generally those who would be susceptible to developing PTSD in the military. They generally have some underlying fear before enlisting. A Vietnam Vet in my practice who had PTSD told stories of being continually picked on by his brothers who would scare him all the time, because they knew they could.

There is a lot of violence in these remedies, whereas the other categories may or may not experience violence.  Being in the military is a violent venture, at least for those who have combat duty.

Violence, Injury and Shock are the main sensations, with fight or flight the typical response to those sensations. Sounds like PTSD, right?

“I Am Caught, Stuck, Cannot Move” 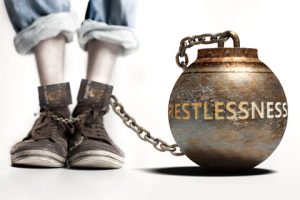 Finally, the last category of remedy for Military PTSD clients includes the sensation of being stuck, caught, cannot move.  As a result of this sensation, they make up for it by being super restless.  This is more likely to be a civilian PTSD category, and caused by a strict parent.

However, military PTSD clients in my practice have needed remedies in this category.  Abusive parenting styles can result in someone who wants to “take it out on others”, so joins the military or becomes a police officer. (We’ve all seen these stories on the news or seen the movies with this story line. I’m not just making that up.)  Or, violence they received from their parent is reflected in choosing a sometimes violent career.

Again, you will recognize this category of remedies by the extreme restlessness.

Which category of these helpful remedies for Military PTSD do you or your loved fit into? If you recognize yourself, it makes finding your remedy quick and easy.  If not, we can determine that together, come up with a remedy, and get you on the road to healing!  Choosing the right remedy is crucial to success. Become one of the success stories of overcoming Military PTSD.  Don’t remain one of the 11-20%.